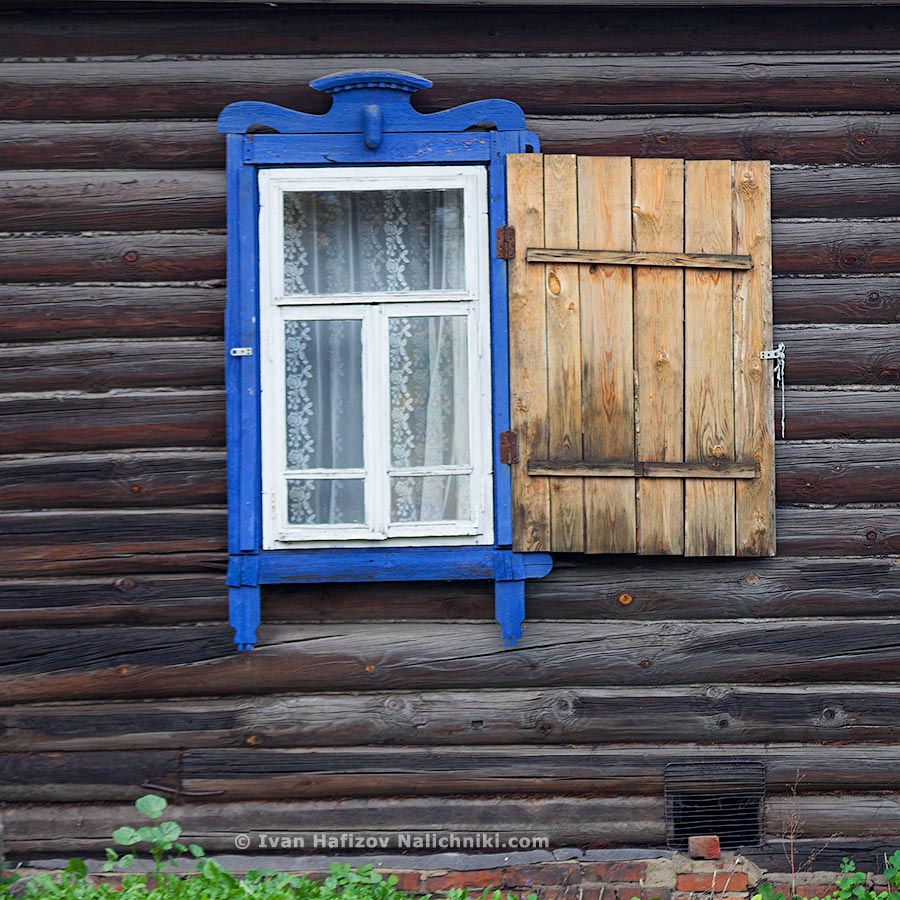 Yesterda on the Facebook there was an interesting talk about the shutters. That, historically, they were everywhere, and later they vanished in some regions because there was no need in them, but in some areas they have survived.
In search of some clue I had found this photo taken in Yuryevetz; window frames of this type, i.e. with one shutter only, had been in wide use before double shutters appeared (at least, in the Ural Region, and the literature proves it). I am not very sure about other regions, but this point of view seems to be interesting:)))