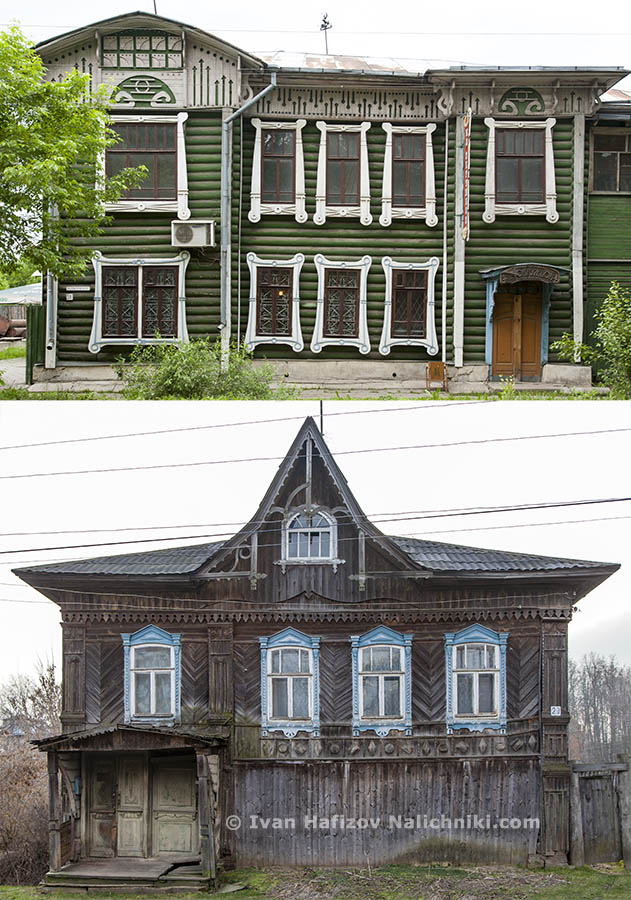 A dispute on the Facebook was about what could be called an art nouveaux and what could not. We were discussing the previous photo of — A the roof from Kimry.

I am trying to use a definition from Wikipedia —

explaining art nouveau was a trend of the last decade of XIX century – early XX century (before the WWI). Its main features are avoidance of straight line and angles in favor of more curved, natural lines. In art nouveau, rationality often gives way to ornamentality.

That is, I fail to notice any of these traits at the building at lower photo. But then, I do not have any architectural education, so I may be wrong in applying this definition to the phenomenon known as Russian provincial art nouveau or wooden art nouveau.

In my view, this most beautiful house from Rostov Veliky is a striking example of this kind of art nouveau. While the house from Kimry is whatever else but not this style!

What do you think?