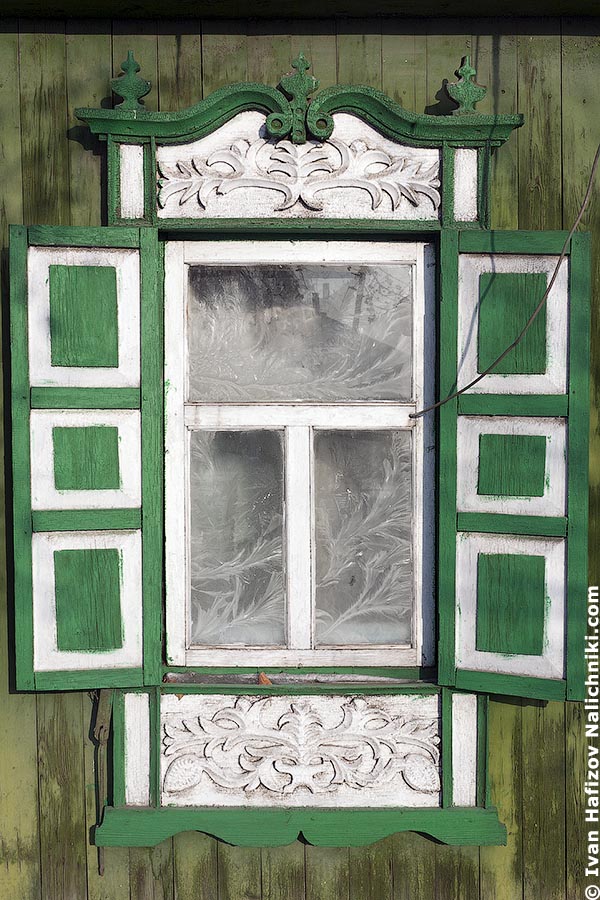 do not know the reason yet some window frames in Tyumen have an unusually high board at the bottom, which distinguishes them from their fellows throughout the country. Generally, these high boards are very far from being something striking: say, I in Ivanovo

the bottom of the window frames is always decorated more lavishly, than the top.

Yet windows of Tyumen houses have shutters! And, as far as I can trace, shutters reduce the amount of carving: whenever they are available, window frames are a bit more modest than in the places where they are not in use. As though the carver wasted all the energy into making the shutters:)))

Coming back to Tyumen, not every house has shutters there. Yet even if it has, window frame is still   decorated with relief carving!

So, this broad board under the window is more than just a board. It epitomizes one of the styles of Tyumen window frames!