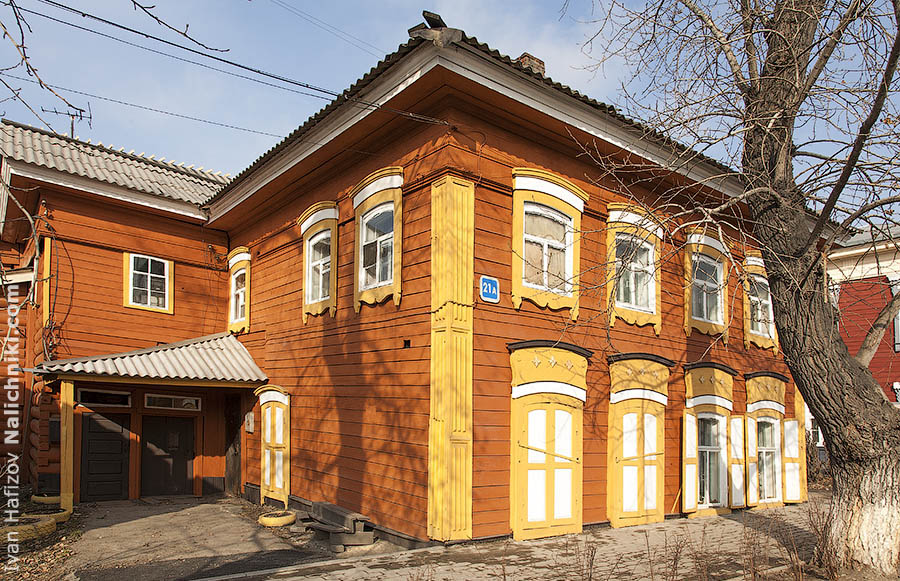 Look at this head-turning house from Irkutsk.
It was built in late XIX century and is said not to change its color since then and always being this bright.
Though general rule is very different colors prevail for window frames (and almost all houses) of this city!
And here a logical question arises.
What drove people to select a color for their houses and window frames?

Say, window frames in  Myshkin, Yaroslavl Oblast. are deliberately bright, as this attracts tourists. I do not know the way that had looked before. I only can suppose it was just like throughout the region, i.e. monotonous, either white or green ones.
Есть еще один случай сознательного выбора единого цвета покраски домов – в МMichurinsk, Tambov Region, is one case of almost monochrome painting. There a son behind it is said to be very plain: in Soviet Union times, local locomotive overhaul plant was the only place to find paint, and, surely, green was the only color available, and the result is almost  all houses in the town are green ones.
Tomsk and Samara never made much fuss about painting – they just left their houses and window frames as they were, though I do not know why. And can you recall any village or town having some certain reason for painting their houses in one and the same color?