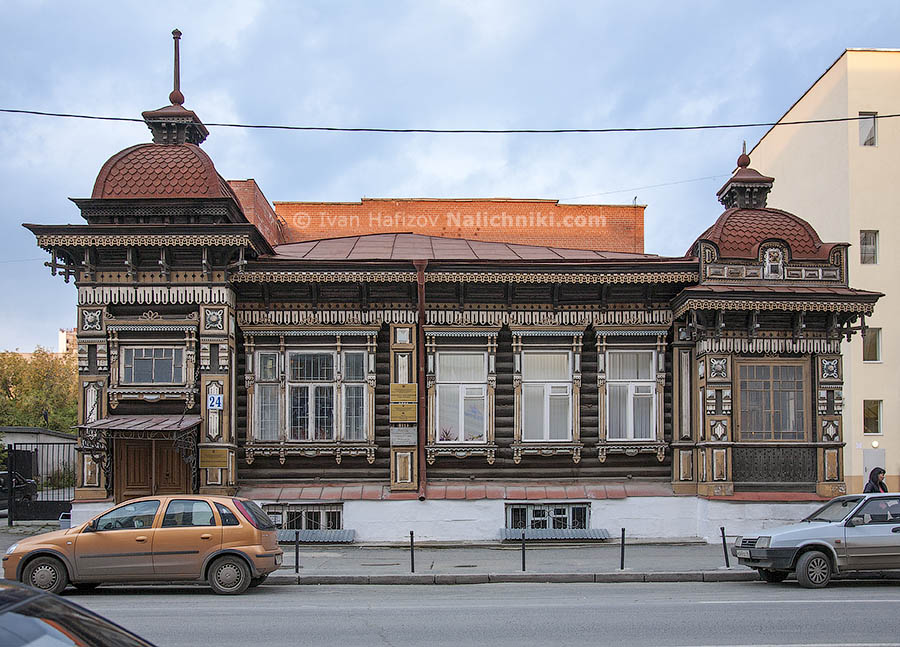 Town houses of merchants and noble families have one advantage over the village ones: their history may be traced rather easily. This house built in Yekaterinburg in 1896 belonged to a noble woman Selivanova (this is a surname; her name remained unknown to me). I hit on some curious facts when I was unfolding its background.

In early 1980s, students of architecture headed by Prof. N.S.Alfyorov had restored the building. Before they began, it was known to have a multicolor decoration, but its exact colors remained unknown. In fact, it is the very first experience of color restoration based on notions of the modern architects. So, it is very possible that, initially, the house was green.

Now, it is the house of the School for Architecture and Art. And, when I told you about of  the transition a historical building   because a highway had to be built in its place, it was in Yekaterinburg, too