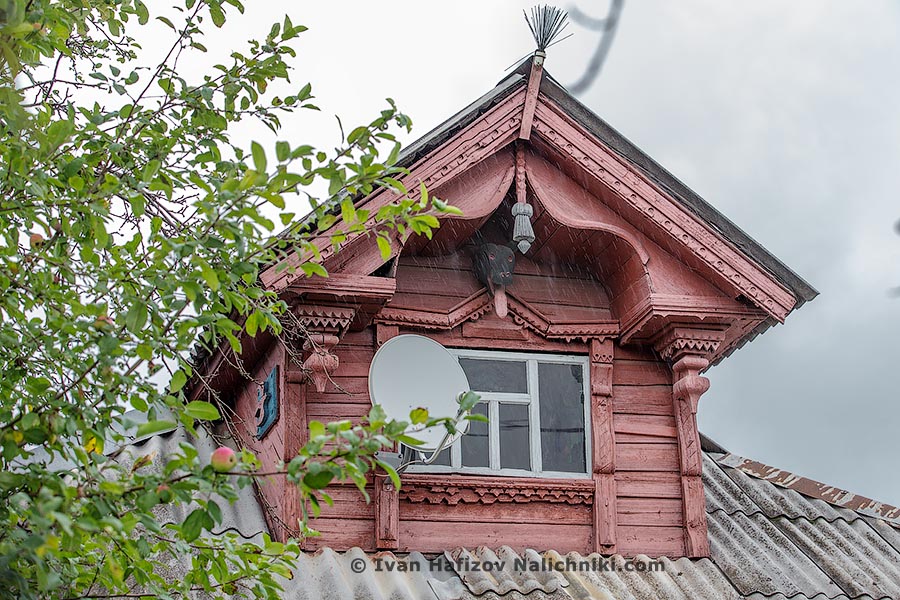 A tradition of putting statues of animals on the houses roofs can be traced since very old times, when there was a custom to sacrifice an animal before the house would be built.

Many nations knew this custom and as late as in the mid-XX century it was still echoed in the Europe.

The Slavs used to sacrifice a horse, or, more often, a cock; in later times, their figures crowned many  roofs; that “sacrifice to a house” was to protect its inhabitants from death, as a popular belief was that someone would certainly die in a newly-built house.

Some European nations used to sacrifice human beings, kids most often, before a building of something huge, like a fortress or a bridge.

One of the explanations for such a bloodthirstiness was that the builders of old times believed that the blood of the sacrifice would redeem their fault to the spirits of trees cut to make a house. In later times, the belief of a sacrifice to be made to any kind of building had covered stone houses as well.

Whatever it was, my sincere hope is that not a dog had suffered during the building of this most unusual wooden house in Klin, near Moscow!