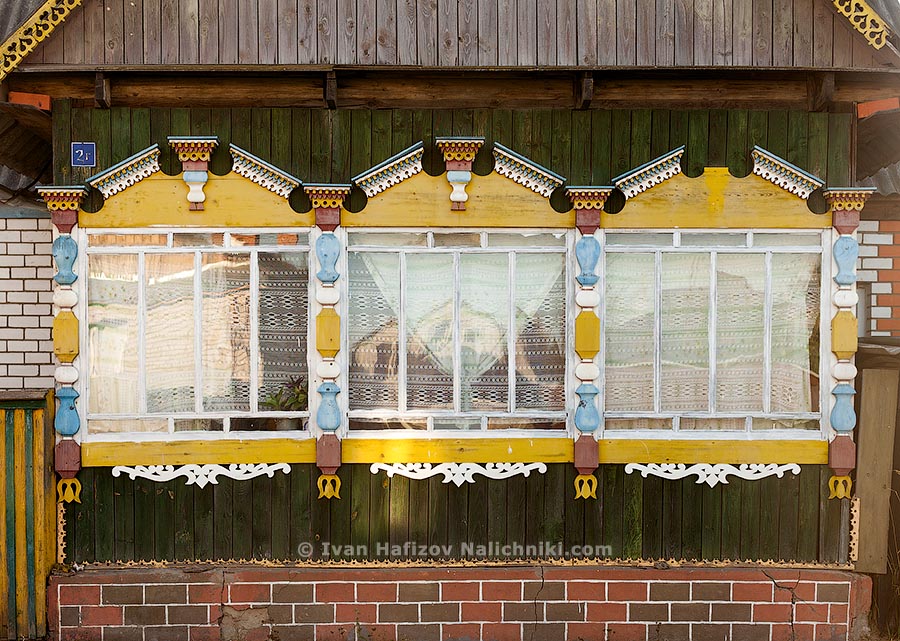 It’s a pity but majority modern windows frames (nalichniki) are not interesting
I don’t know why? All carvers I know are good people, they can make (and they are making) marvelous nalichniki (ornate wooden windows frames) as a rule they make nalichniki much better than at average in a country

Still what you really see in a cities, that was made in a last 20-30 years have nothing in common with local tradition.

But here in Uhnovo city, Kaluga region – I’ve found new, though better then an old nalichniki (made in 80th years I was told)!