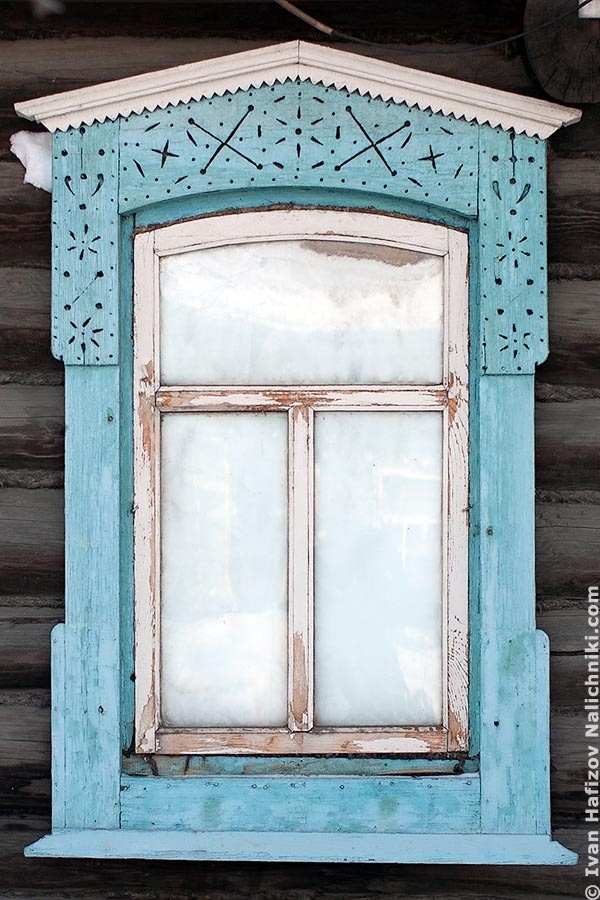 It is widely known that window frames decorated with relief carving had been very popular before saw-through decoration came in use. The transition was slow and gradual: slit carving had been a kind of parent to saw-through one. It had rather modest looks, and, in addition, took much longer time to make, –  the reason why other types of carvings almost replaced it. But Alapayevsk (Sverdlovsk Oblast) has kept some window frames decorated in this technique.

I am not very sure this window had been made in early XIX century but its style seems to be of that  period.