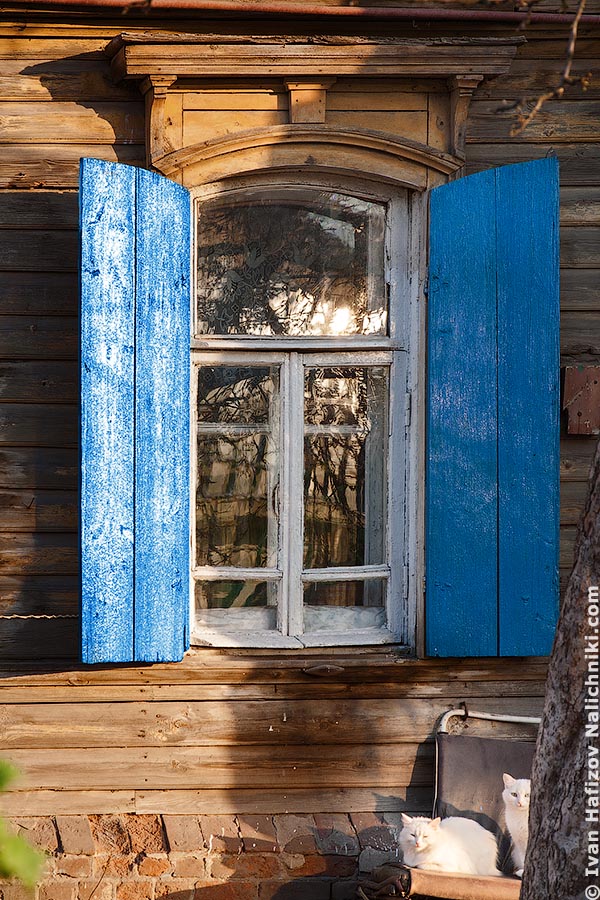 It’s an interesting feature of modern window frames’ manufacturer.
Let’s look at this old nalichniki, probably have been made in XIX century. If you see it doesn’t have much paint on it (we don’t know why, perhaps people wanted to save money or have some other reason) but the top of frame is rounded.
Now people use so many colours but don’t make rounded window frame.
At summer time a collect nalichniki for some folk park. The most complicated one cost at about 70000 rubles, but masters try to avoid making one with rounded top. I guess in the past it wasn’t a problem for master to make nalichnik like this.