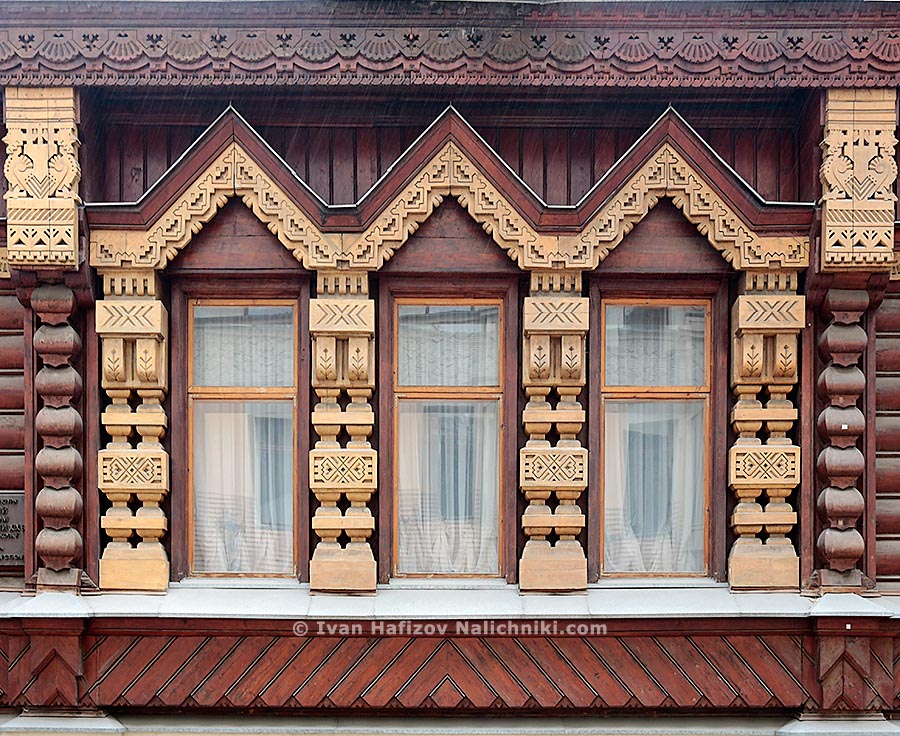 Some time ago, I had noticed my collection almost lacks window frames of Moscow. In an attempt to recover this drawback, I am happy to present you window frames from the Porokhovshchikov’s House. Aleksandr Ivanovich Porokhovshchikov was an entrepreneur, a builder, a political essayist, a sponsor and a public figure. In 1872, he built this house in the Starokonyushenny Lane, next to the Arbat Street in the very center of Moscow. In 1873, its project won a prize of the Vienna World Expo.

By mid 1990s, dilapidated house was in desperate need of overhaul.

Aleksandr Porokhovshchikov, Russian actor, and a great-grandson of that Porokhovshchikov, had leased the house for 49 years with a plan to establish a museum of his family there. Alas, this was not to happen: the actor died in April, 2012, and the house had not been inherited and returned again in the ownership of Moscow City