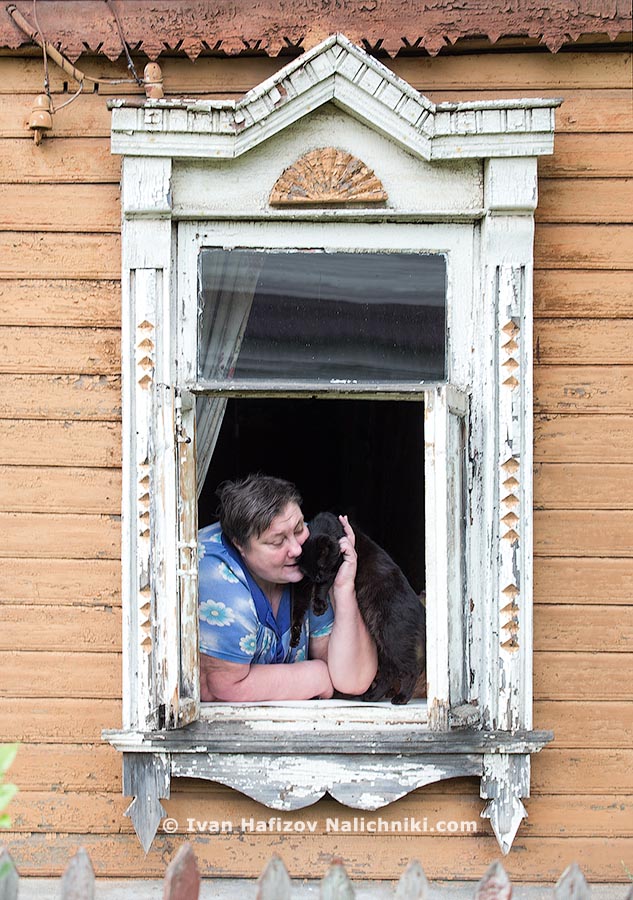 I was lucky to take this photo in the town of Klin (Moscow Oblast). While I was talking to a hostess, a sleepy cat appeared somewhere from the depth of the house; first, he began rubbing against her shoulders, and then tried to get to her hands.

The hostess told me she had found him wounded, with his leg broken; she had nursed him and was about to let go, but the grateful cat stayed with her and now… pleases his owner with mice he catches!

By the way, about the window  frames… they are rather plain there.