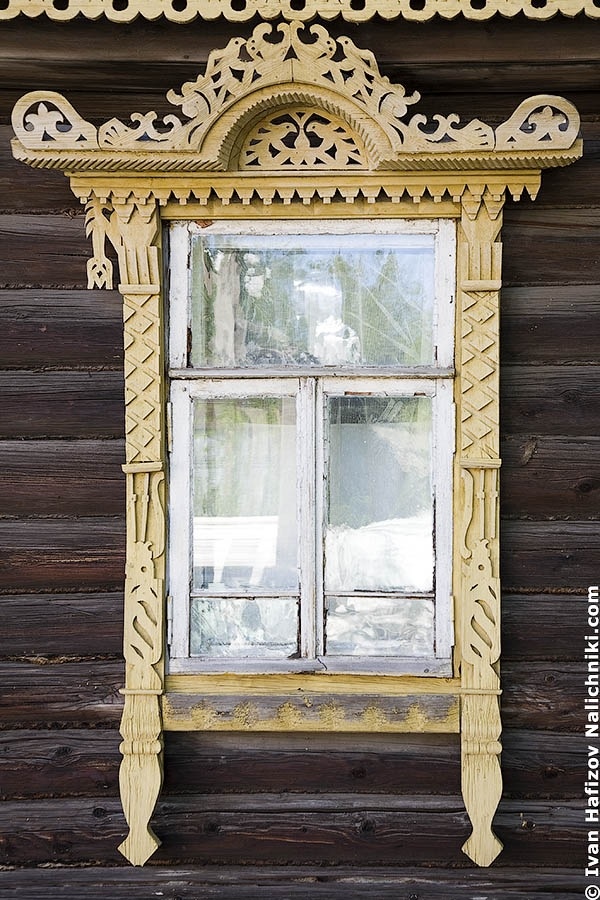 In a town of Vladimir Oblast, I had a talk with the descendants of a carver, who told me that he used to make window frames for old houses people had brought from villages.

Is it of any importance?

It is. It proves that window frames, an element of the house carving, take their own course of development, independent of the houses. Which means they may be researched separately.

And this beautiful one is from Kostroma.