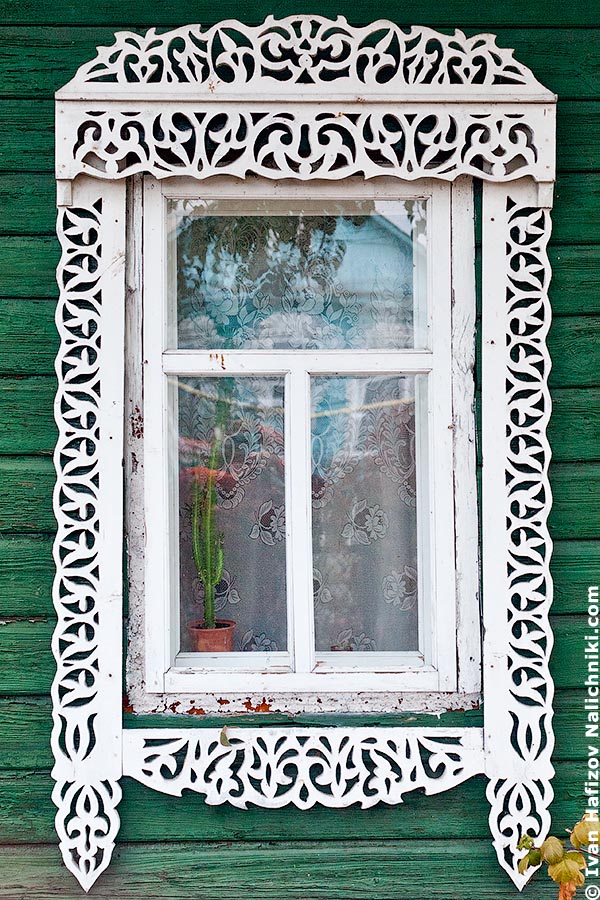 This photo offers a clue to distinguish earlier window frames from the later ones. I would not say it works for all the frames, but in some cases it is quite reliable. A closer look proves this frame (from the town of Michurinsk, Tambov Oblast) is not attached to the window itself. Which means if the owners will decide to replace it with the plastic one, they will have no problem: the dimensions of the frame and the window are different, and the frame will just stay in its place.

The reason is that the frame was probably made in 1960s when the functionality not already pursued, as it was the rule in earlier periods. That is, it only has an aesthetic value, and does not cover the hole between the frame and the logs. Whereas older frames make a single structure with their windows