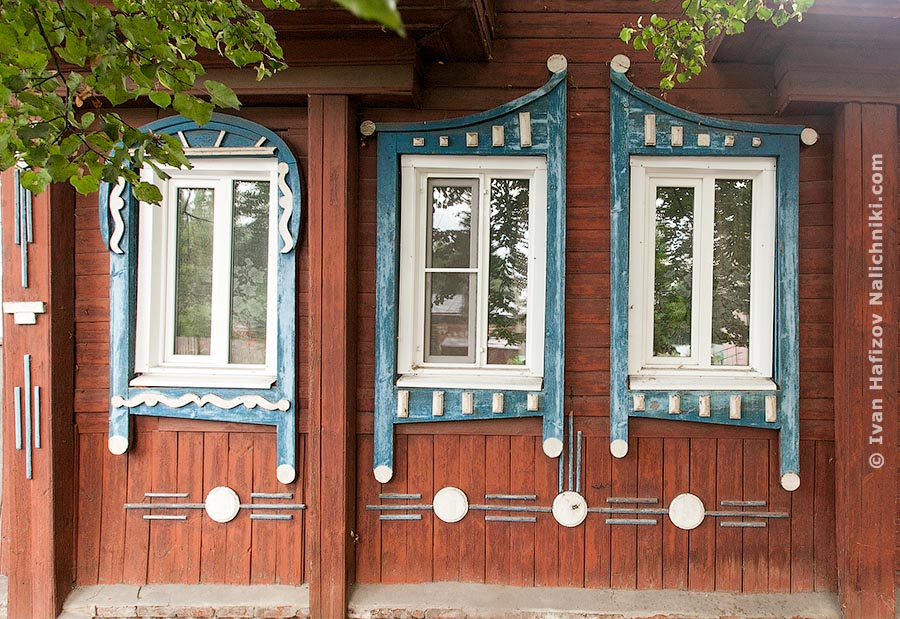 All the window frames throughout Russia have one thing in common, irrespective to the year or the century they had been made. Even the place and the region are of no importance, be it Khabarovsk or Petrozavodsk.

This thing is that window frames of the same windows must follow some uniform pattern. Which means, if the windows of the house are all similar, their window frames will be similar, too. Yet if one of them is different, (i.e. at the verandah), its window frame may be absolutely different, too.

Of course, there are no rules without exception: say, in Omsk, where windows at the ground and the first floor are the same, the first ones may have shutters, while the second ones usually do not.

But three similar windows with three different frames? It breaks all the rules !!!

But then, what else can we expect of the art nouveau…

The photo is from Vyazniki, Vladimir Oblast