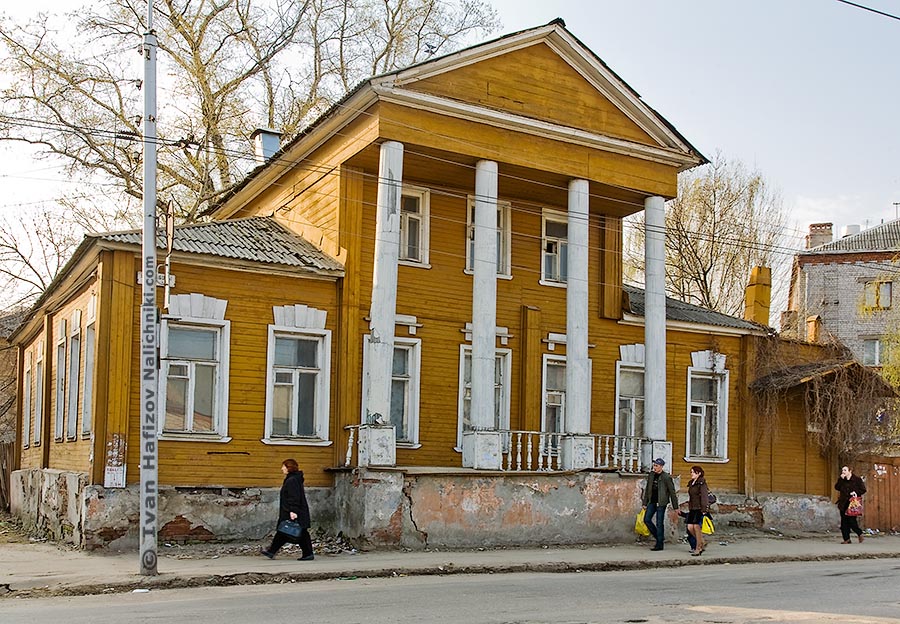 In early XIX century, wooden houses stood very high in Ryazan, as not many people could afford houses made of stone.

Classicism was in trend, and even wooden houses had followed that pattern. This one, a mansion of the Kheraskov family, was totally made of oak, and I suspect this is why it has been standing for almost two hundred years.

Curious is that both before and after the October Revolution, till 1950s, the Kheraskovs owned their house, and only once in its lifetime it was repaired.