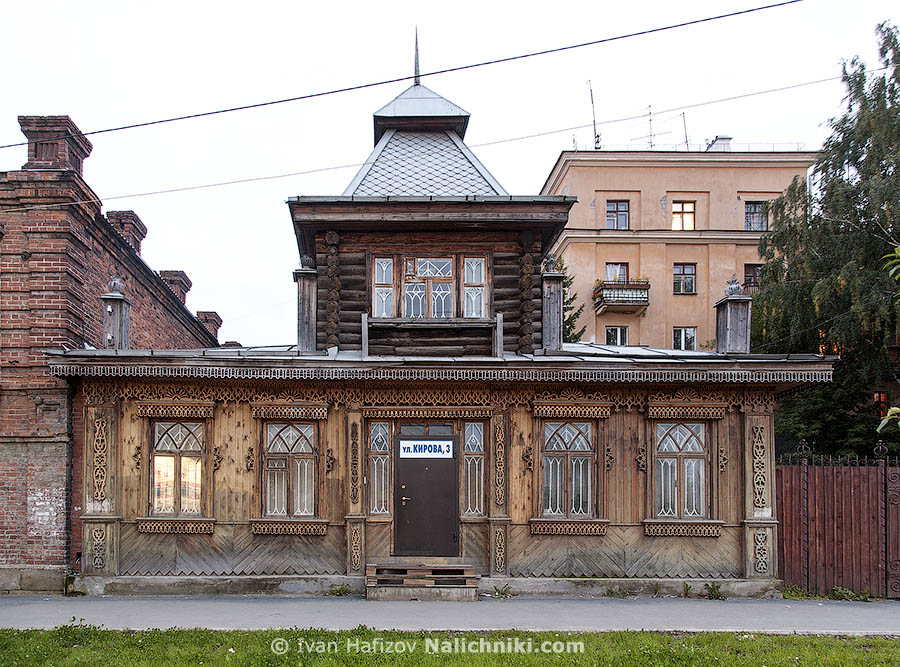 If only each house would have such a noticeable house plate, I would never need GRS:)))
This is a famous house of Brevnov family in Yekaterinburg. It was built in early XIX century and reconstructed in early XX one.
That is, it is a sample both of early XIX century traditional classicism architecture of Yekaterinburg, and of wooden dwelling house with a mezzanine, built at the dawn of XX century
The only thing is it not on the road well- travelled by tourists. And before, some structure removed now had stood in front of it. And I could take photos of this rather nice-looking house