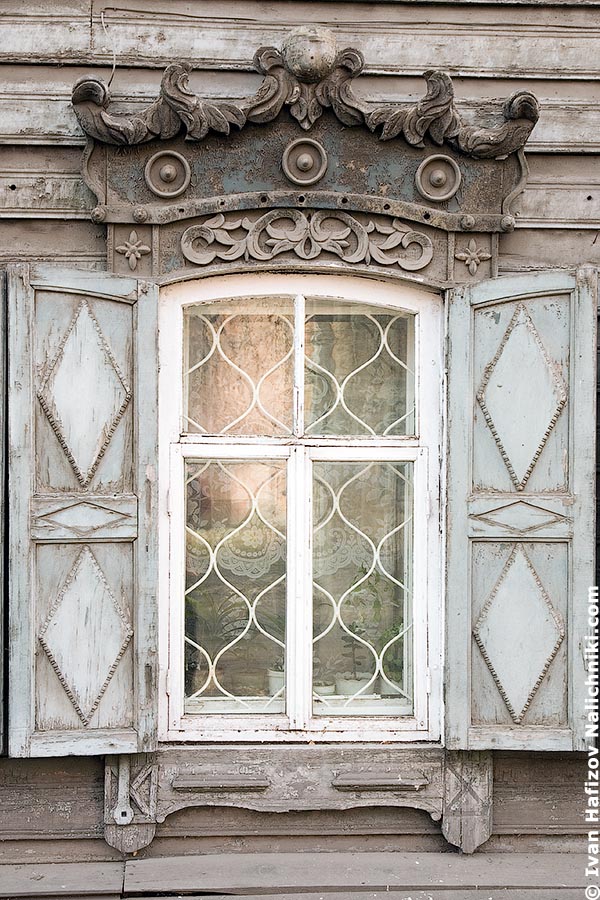 I’ve searching for the origin of the word “Stavni” (eng Shutters)
You know it’s a strange word for two boards, that can be shut like doors. Even a word “Fortochka” (small ventilation window) came from Polish word means “gates”.

Something on origination of shutters…

Now, they are two wooden boards shutting like double doors.  Yet I discovered before they had been quite different. For severe frosts, windows used to be protected with felt-upholstered inserts. They were of the size of the frame and were put from outside; some even had mica- covered hatches to let the light in. For the most severe frosts, one more felt-upholstered insert was put from inside. It seems like those interior ones have long ago come out of use, but shutters have survived up to our days. Like these one made in late XIX century in Irkutsk. By the way, it is only in Irkutsk that I have seen window frames decorated with high relief carving