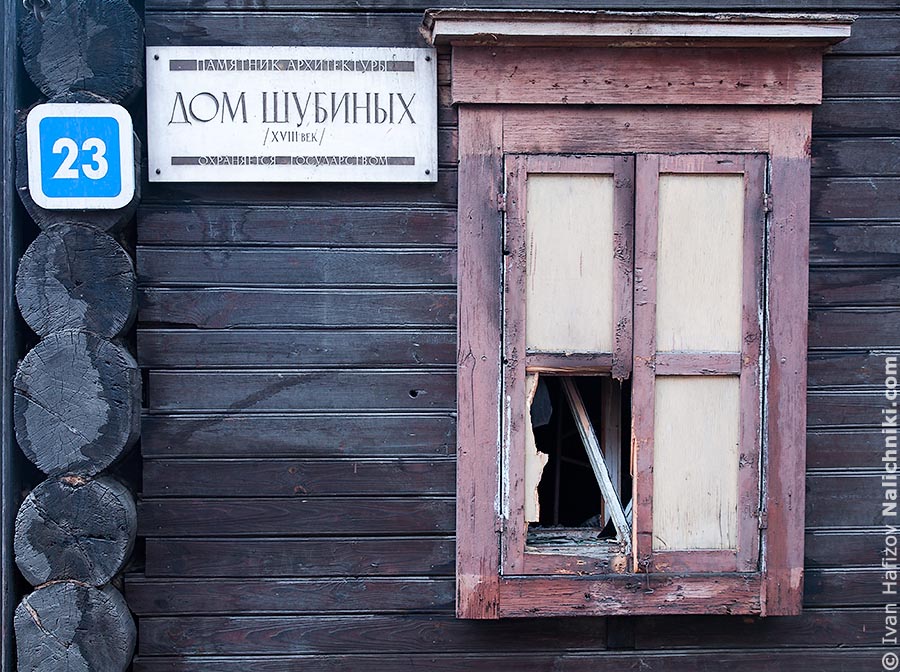 Shubins’ House was built as early as 1781, and, for certain, is the oldest wooden building in Irkutsk.

This was virtually the only house survived the fire of 1789, which destroyed almost all the place. Irkutsk knows it also because last year it has been withdrawn from its owners, who could not restore their house and had brought it to a sad state. Then, in August 2012, the house was purchased by a private company ready to refurbish it. And it is very possible, that soon we will see it rise from the ashes.Though, frankly, in late XVIII century it had not any very special carving:)