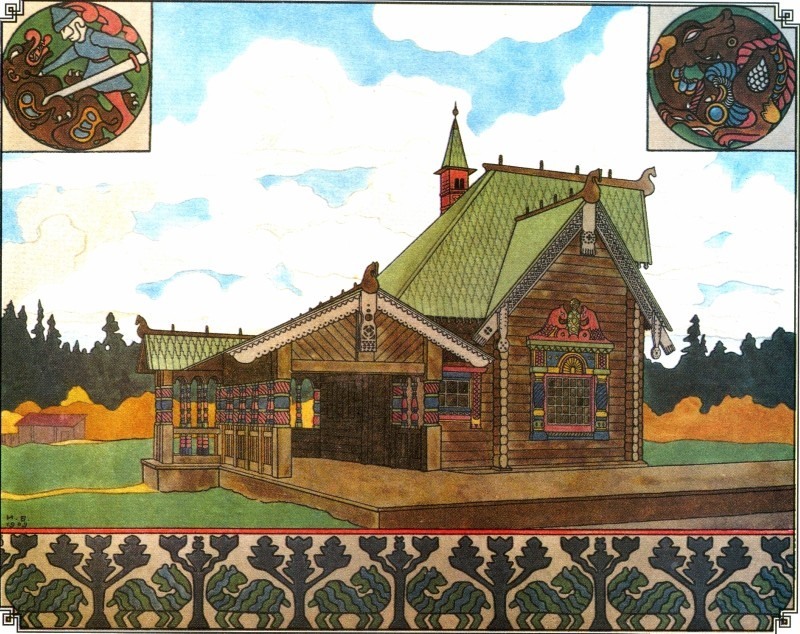 When I posted window frames from Myshkin, I had mentioned Ivan Bilibin, and then it downed upon me that he certainly had painted nice wooden houses, towers built of oak, canted windows, painted shutters…
And I was right! Though, I could not find the title of the fairy-tale it illustrated
But what I know is that the picture was copied by a real house built in 1909 in Tsarskoye Selo, near Saint-Petersburg. Alas, it had been lost.

(For those interested: starting from 2012, 70 years since Ivan Bilibin’s death, his pictures have become a public cultural heritage and their free publishing is allowed )