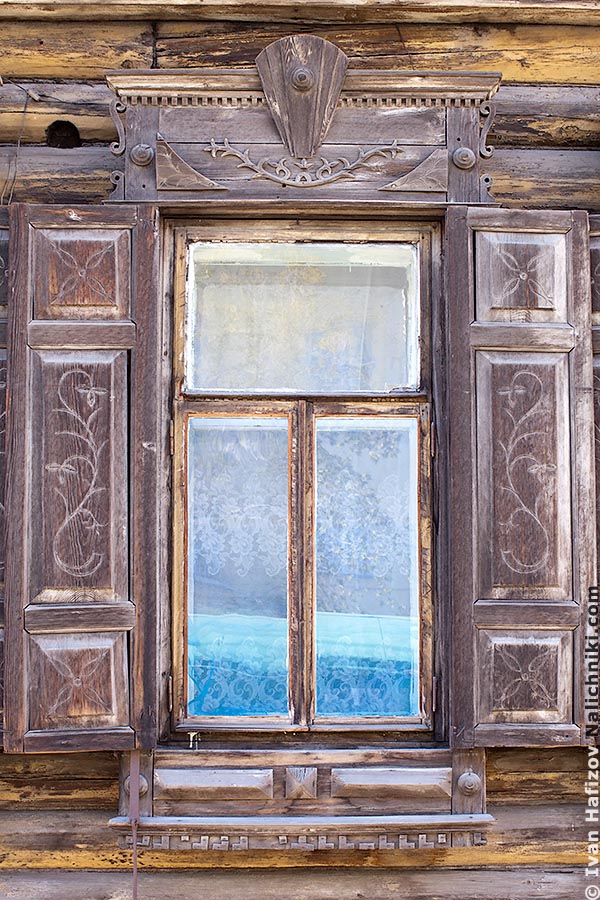 Among other things, window frames of Russia are extremely valuable as even an amateur can learn  various styles of wooden carving. This window frame from Tomsk is a rare example of so-called contour frame. It is a first step from a drawing to a relief surface, as a shallow groove around the contour is its  main element. And the contour itself is not just waves and frills, but rather realistic image of plants that could had been painted.

This carving style is rather old, which means it had been made in the XIX (or even the XVIII) century. Or is it a later stylization made a by a real artist?