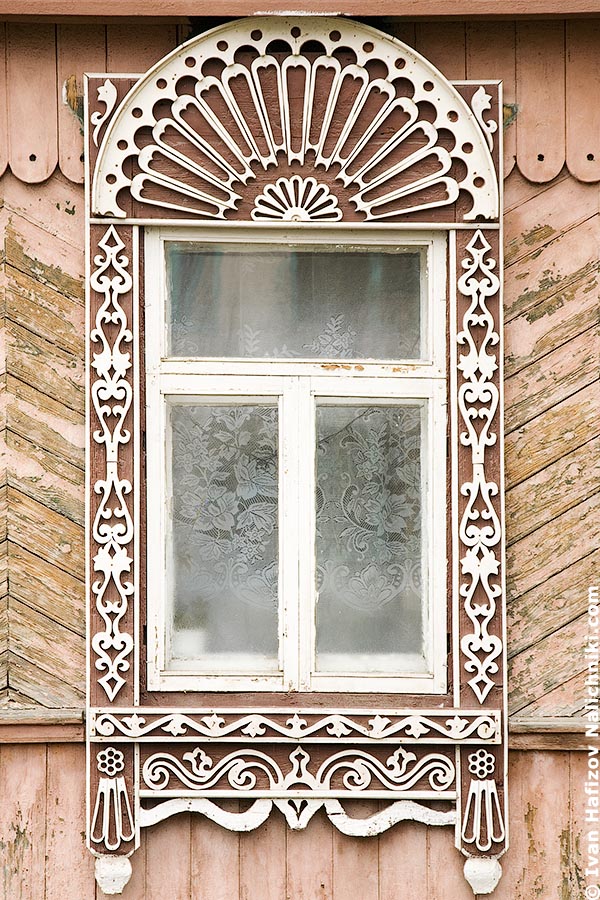 I always attempt to find out those features which may indicate, even approximately, the period when window frames were made.  Of course, they will be different for different regions.

This one, from Vladimir, is rather young, dated back to 1980s. As many of its mates of the period, it is visibly flat, just about 2 cm of thickness (two thin boards).

Window frames made in 1990s are usually DIY and very plain, and those made in the beginning of this century are, as a rule, varnished (to reveal the structure of the wood) and not painted.

To go back into history, most of art nouveau window frames belong to the first half of the XX century, and almost for sure to its pre-1917 period (as later events moved any thoughts of style apart, as I understand).

One more criterion I had noticed is connected to the structure of the window: when it has five glasses (smaller ones in its bottom row), and, especially, when the glass is colored – most probably, they can be dated back to the second half of the XIX century, and are found in not so rich houses whose owners tried to be thrifty and opted for smaller glasses and not for larger ones.