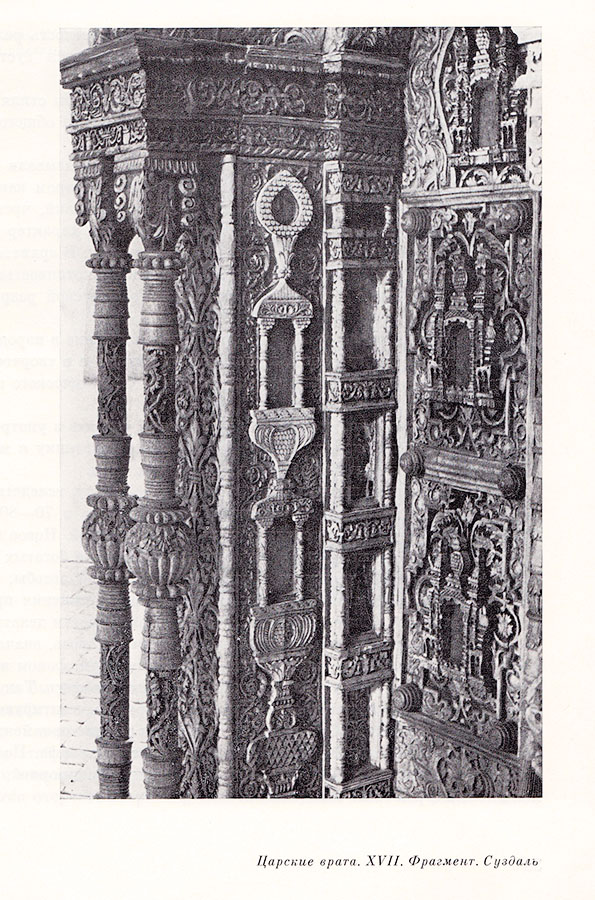 These days I wasin correspondence with a wood carver and was surprised with his awareness that window frames as well as house carving general originated directly from the ship carving.

In brief, this version says the wood carvers who had decorated wooded ships switched to house carving when metal ships appeared. This is a proved historical fact, but not the whole truth.

Just remember that at the same time there worked carvers who made church items like iconostases! It is hard to believe that their works did not affect the history of the wood carving.

This perfect photo borrowed from the «Russian Folk Wood Carving» shows decoration of the Holy Doors in achurch of Suzdal, Vladimir Oblast, made in the 1st half of the XVII century (just imagine – circa 1620!). The accompanying chapter explains that this type of carving laid down the basics of the wood carving style followed in the Volga Region.