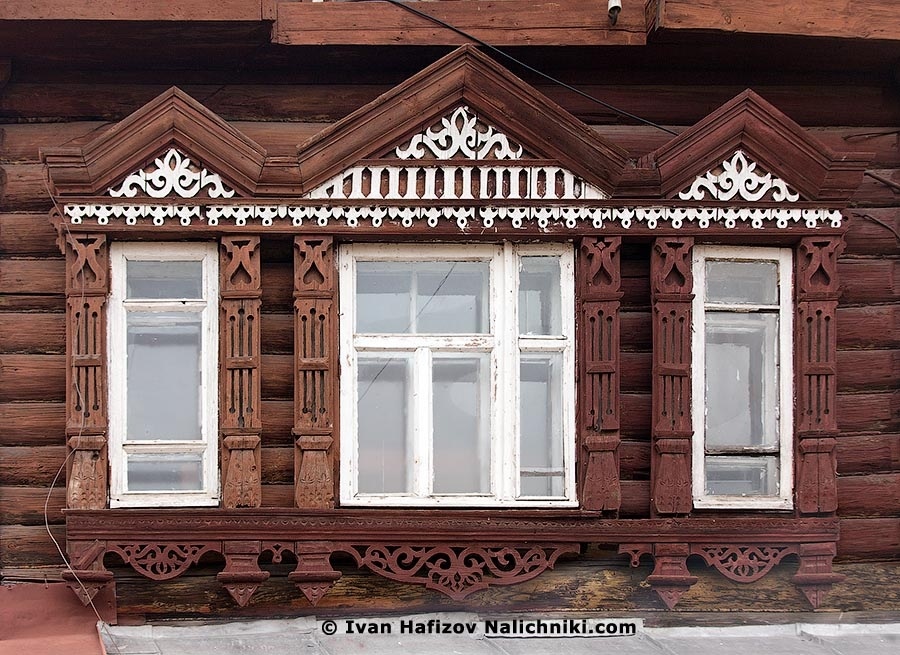 Many of wooden houses that survived since the century before last are still rather appropriate for living. Yet is understandable why their window frames were tall and narrow – this was the only way to keep heat inside. In late one hundred and seventy-two hundred years, the height of the frame has remained the same, but their width changed a lot.  Those who own these houses today try to make the windows wider by installing two (instead of three) and three (instead of four-five) windows in a row. Ofcourse, their window frames are just disposed.

Yet in some houses, like this one from Ivanovo the owners used a unique structure of three window frames connected by one top and one plank under the windows and thus saved the window frames.