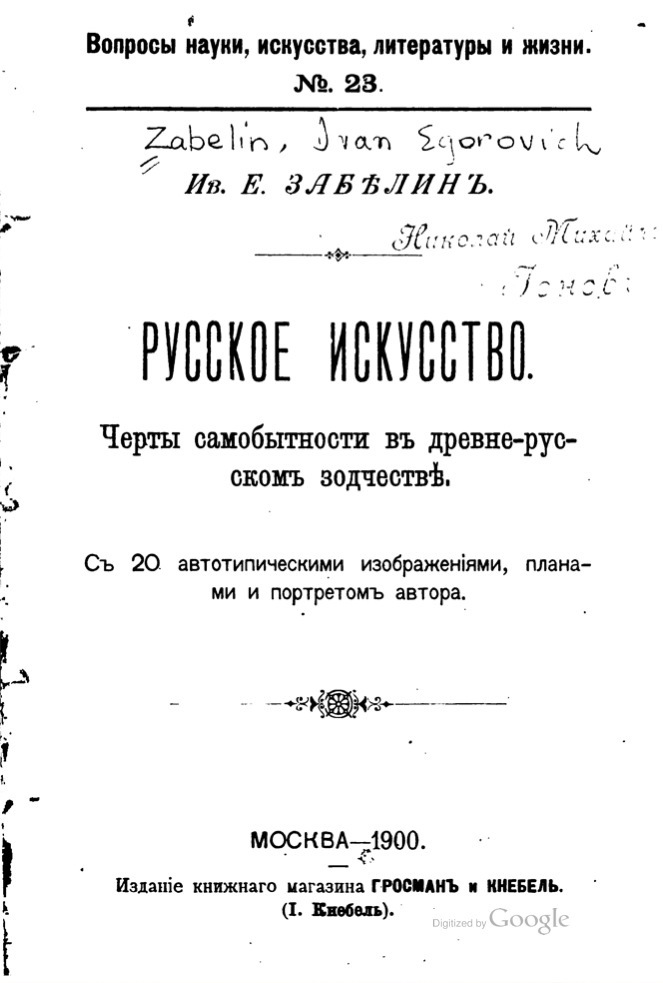 My today’s story is about a book outstanding for many reasons.
First, it was written by Ivan Zabelin, an archaeologist and historian, Corresponding Member of Russian Empire Academy of Sciences.
Second, it was written in 1900, in old style spelling and in rather different language peculiar to the period.
Third, it is one of the first books treating wood carving as originally Russian but not an alien phenomenon.

Scientific community of late XIX  century saw Russian culture as something brought from outside.  Partly it was Muslim (the Golden Hord), partly Byzanthine (Christianity), partly Roman (Renaissance and invited masters). The fact that the culture was being brought to “barbaric tribes”   starting from Vikings times and ending with French governesses was considered to be scientifically proved and just went without saying.

The author, however, offered logical and convincing arguments that each of these influences had added new techniques and new implements, yet they had failed to change either the essence or the shape of buildings which were accurate and traditional copies of the houses made before.

The book reveals curious facts: in XI century, residents of Kiev surnamed Novgorod warriors as carpenters, and those from Vladimir as bricklayers, because even in those early days the regions had their specialties.
And, that before XVII century the domes of St.Basil’s Cathedral were golden and gave an impression totally different from that of our days.
And it offers rather simple explanation of Russian understanding of palace and gives a clue why an asymmetry is their basic distinction from the Western buildings.

That is, the book is just stuffed with curious facts and historical examples and is highly recommended! 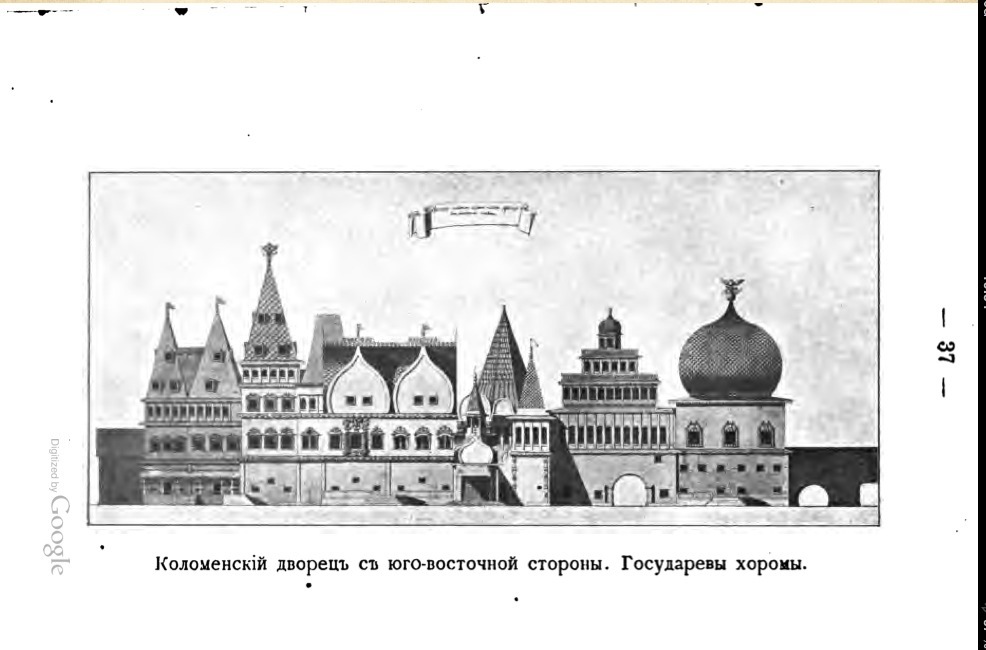 And (last but not least) its copyright has expired, so it may be ABSOLUTELY LEGALLY downloaded and read in Google Books. Yes, now it is unavailable there, but I hope, not for ever:)))